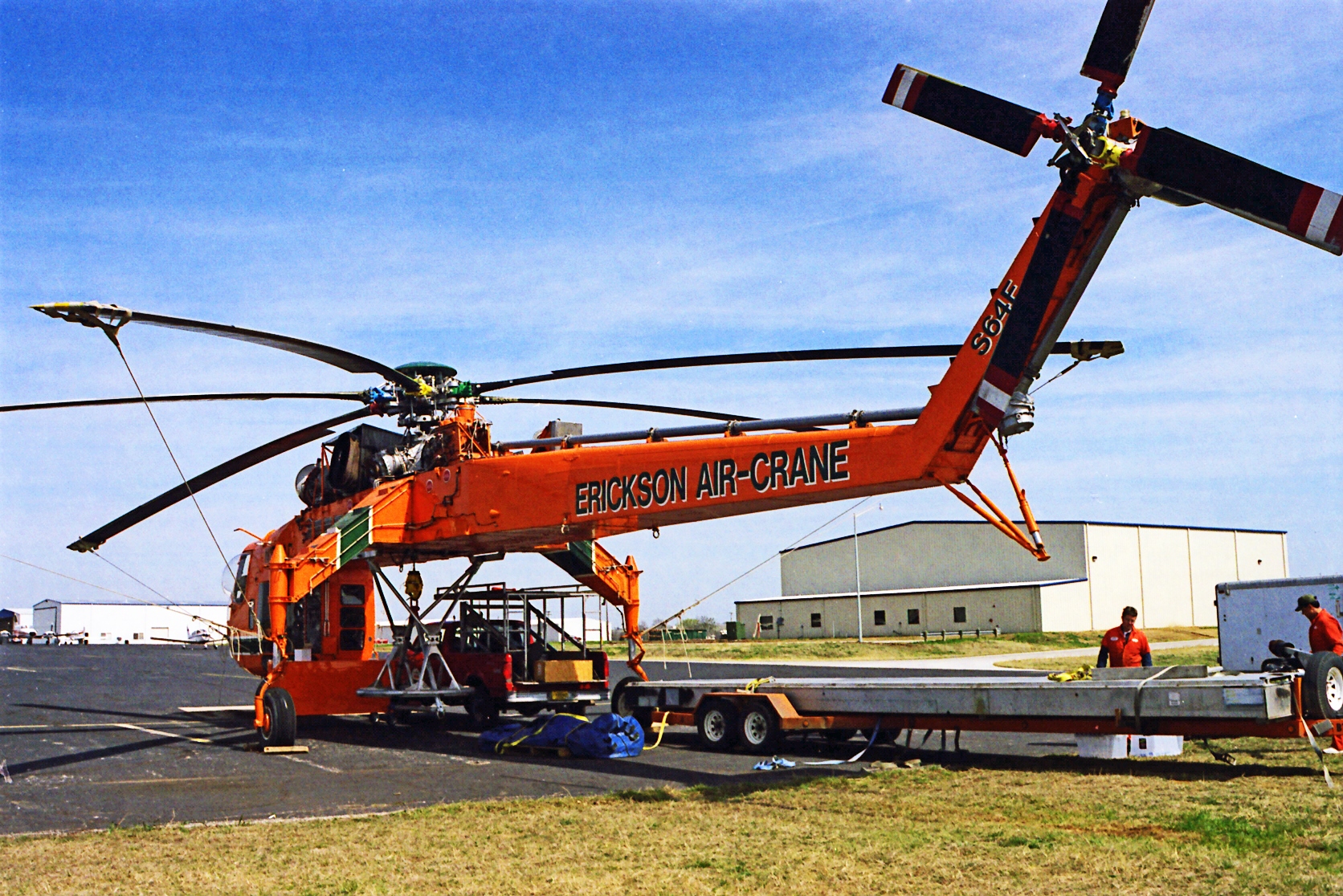 Several years ago, I was working in a team with Lockheed Martin on a military land vehicle project. This meant that I spent time working in Orlando, Florida and in Arlington, Texas (between Dallas and Fort Worth).

Weekends provided an opportunity for occasional flying and local exploration to find items of aeronautical interest. This particular trip took me to Denton, Texas where I saw a lovely Waco YKS-7, a Howard DGA15, a Lockheed 10 Electra (painted in the colours of Amelia Earhart’s aircraft and subsequently being flown around the world before being donated to a museum in Seattle), a Lockheed 18 Lodestar and, the subject of this post, a Sikorsky S64E Skycrane of Erickson Air Crane.

The S-64 was originally developed for the US Army as the CH-54, the S-64 being the civil version. More than 100 have been built, the majority being US Army CH-54A and -54B Tarhe. After production for the US Army, Sikorsky transferred the type certificate to Erickson Air Crane who continue to use the type, mainly in the fire-fighting role. The S-64 can be fitted with a 10,000 litre tank to carry and drop fire-retardant and has been very successful and is deployed world-wide to meet seasonal climate fire risks.

The S-64F has a strengthened airframe and increased rotor blade area, increasing the external load capacity for 20,000 lb to 25,000 lb.

The aircraft seen at Denton was Sikorsky S-64E N154AC ‘Georgia Peach’. This was a rare opportunity to get close to this dramatic and specialised helicopter.