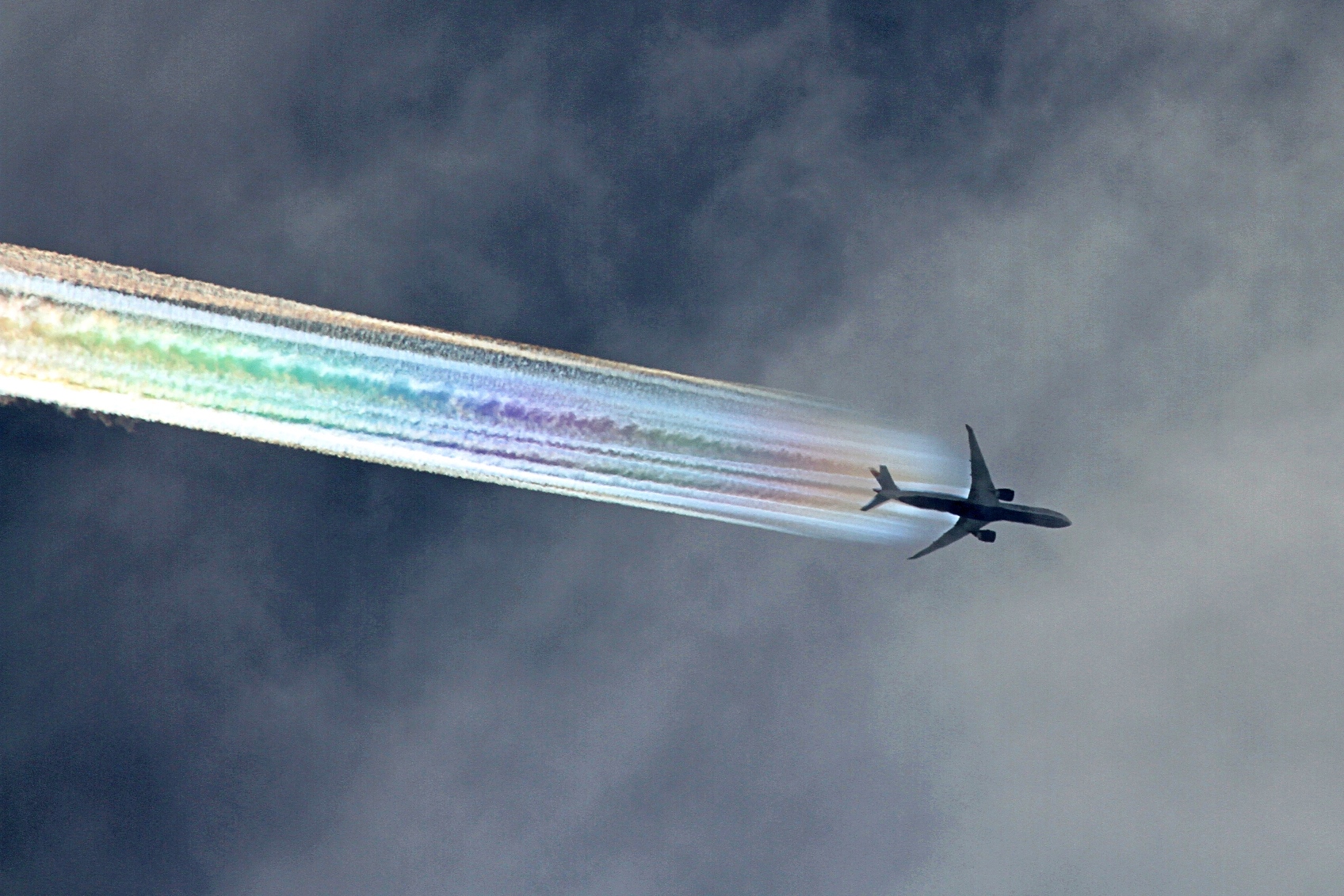 I took a photograph at 1300 on 18 July 2015 overhead Henstridge, UK of a British Airways Boeing 777 trailing an iridescent contrail.

This inspired me to write a short piece on different visible aircraft vortex, condensation and contrail phenomena, which is attached as a PDF file below.