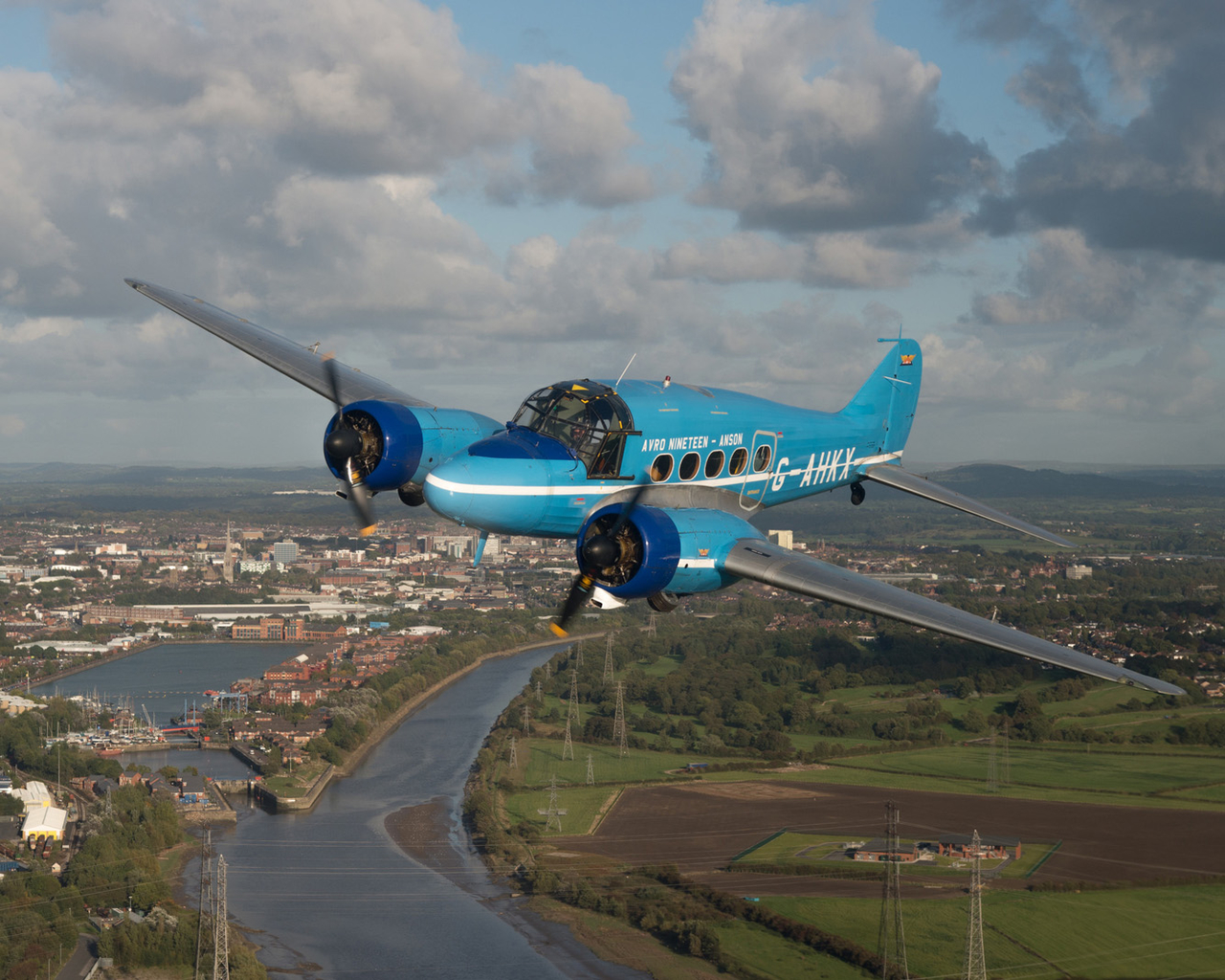 One of the nice things about having been engaged in and around aviation for so long is that sometimes you can get reminded of time passing. Ron just posted a picture from long ago (and quite far away in my case).

Today at work, in a news item, I received a gallery containing among other things the featured picture for this post. The picture was from an article about Chris Ryding, a photographer working for British Aerospace Military Aircraft Division, and among pictures of his work was this splendid image of Avro Anson G-AHKX, painted in the colours of ECKO Avionics, and photographed recently in the Warton area.

Some 43 years ago I photographed this very aircraft, landing at Eastleigh Airport, Southampton. At the time, I was a student and would have been revising for my end of year exams, probably in early summer 1972. The aircraft is seen here in the colours of Kemp’s Aerial Surveys, and was, at the time, based at Thruxton in Hampshire, where Ron and I also photographed it while working for Southern Sailplanes as a vacation job, arranged through our Uncle Robert.

The old girl looks even better today than back in ’72. And I would have to say Chris Ryding’s image also looks better. Technology and cameras have certainly moved on, but it’s nice occasionally to be reminded of the past, and of the continuous thread of aviation running through my experiences from schoolboy to my current career here in Australia.