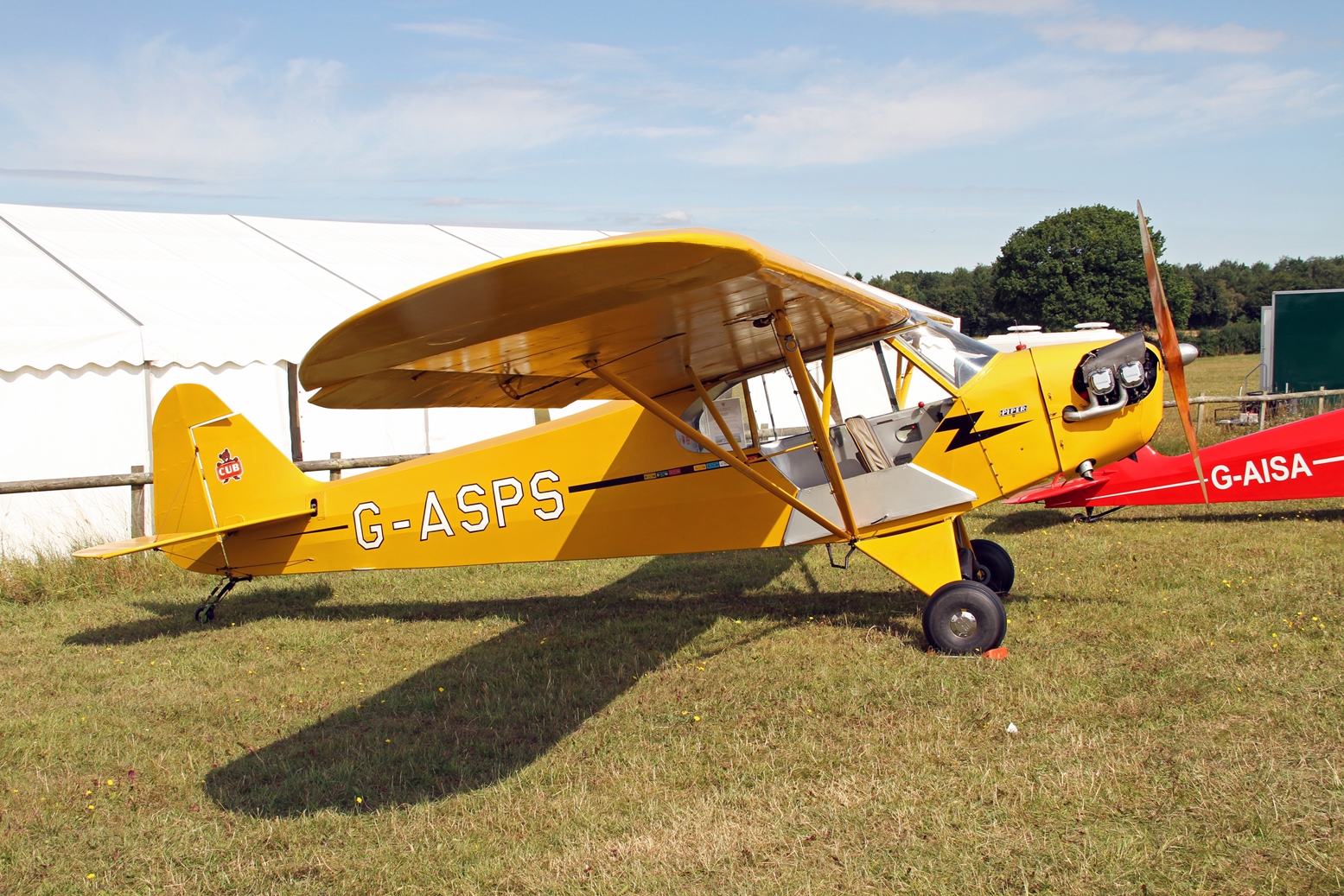 On July 26th and 27th, the VAC held a 50th Anniversary fly-in at Popham in Hampshire. Hilary and I went by road on the Sunday (as I have currently lost my flying medical). It was a lovely day with free public access to the aircraft. Very much like the good old days … I attach a few photographs selected from a fairly large number that I took on the day. These are either some of the nicest images or represent some of the most interesting aircraft. The header photograph is of G-ASPS, a Piper J3 cub owned and still flown by Alan Chalkley, who was a founder member of the Vintage Aircraft Club 50 years ago. I first met Alan in 1970 at Booker, where Jim and I were working in our holidays with Doug Bianchi at Personal Plane Services. After only a brief chat, Alan asked me if I wanted to fly with him to Blackbushe to a VAC event. I did not need asking twice. We flew across in the company of the Reading Flying Group Tiger Moth G-ANFM flown by the late Tony Harold. We were also accompanied by a Jodel D9 flown I believe by Stuart McKay, now Chairman of the De Havilland Moth Club. This was a fantastic experience for which I am most grateful to Alan, who flew me on a number of other occasions, including flying from snow at Booker in the depths of winter. Hilary and I were delighted to have had the opportunity for a long chat with Alan at this year’s Vintage Aircraft Club annual dinner.