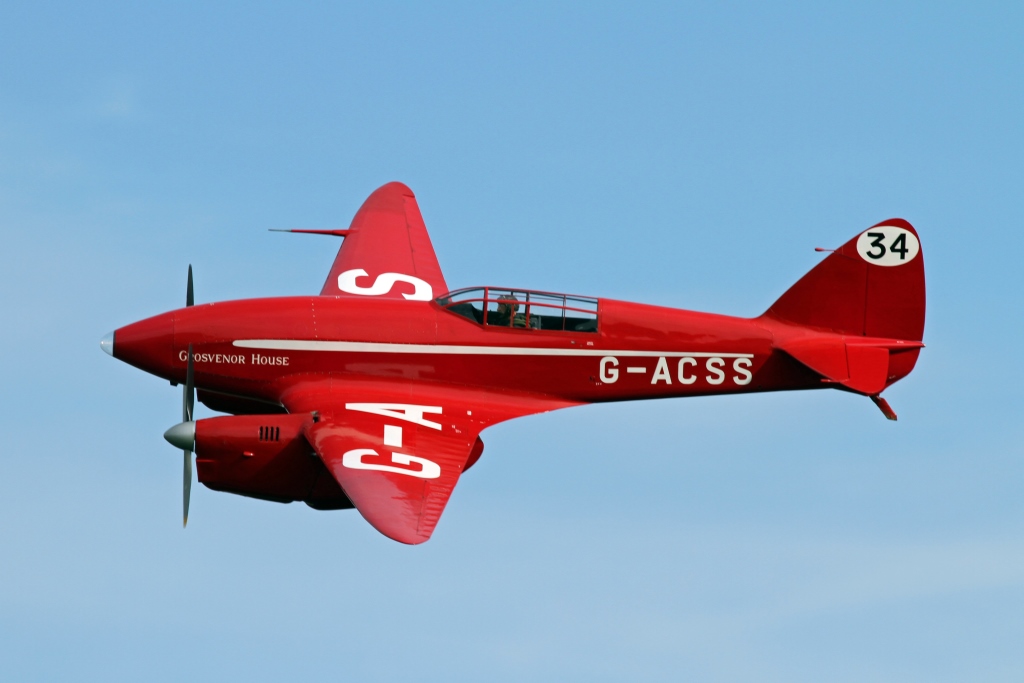 On 5th October, The Shuttleworth Trust held a truly classic end of season display. The general theme was air racing, with specific reference to the 80th Anniversary of the 1934 MacRobertson Race from Mildenhall, England to Melbourne, Australia. The star of the show was the newly-restored DH88 Comet, along with two Mew Gulls; Miles Hawk Speed six, Falcon and Witney Straight; Comper Swift; Levier Cosmic Wind; two Chilton monoplanes and two Spartan Executives. Other Shuttleworth aircraft flown included the English Electric Wren, Blackburn 1912 Monoplane, Deperdussin Monoplane, and the Boxkite and Avro Triplane replicas. The First World War was represented by the SE5A and Bristol M1C Monoplane. The Second World War aircraft flown were the Gladiator, Sea Hurricane and Lysander. Visiting display aircraft included a two seat Hunter, Mustang and an Edge 540.   Inevitably, I took far too many photographs and a selection of the best are presented below. As usual, these need to be opened twice to be seen at full size.