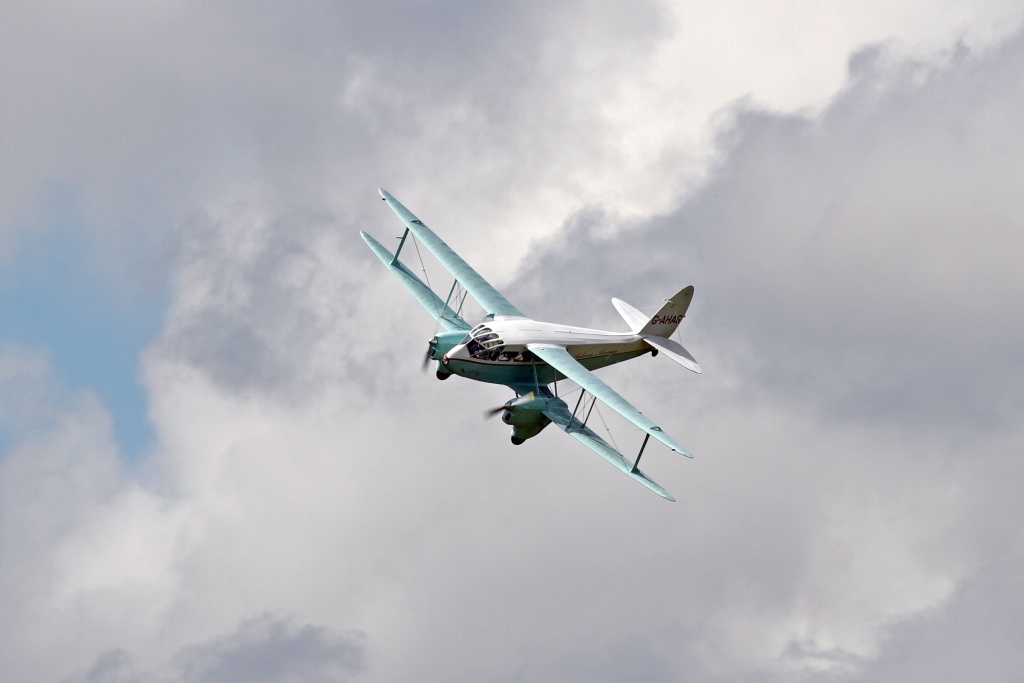 On 15th to 17th August, I was at Woburn Abbey supporting the BAE Systems Heritage organisation at the De Havilland Moth Club  Rally.  The exhibits included the 1933 King’s Cup, which had been won by Geoffrey de Havilland in a Leopards Moth. A second display case contained personal memorabilia including his 1912 helmet and goggles, his Royal Aero Club Certificate, and a hand written report of a flight in a BE2 which led to a forced landing after 10 miles due to a throttle linkage problem. This cabinet also included a small book entitled “British Moths” and inscribed with the message ‘presented to Geoffrey de Havilland on the occasion of his 15th birthday, by his mother’. This is clearly the start of the Moth legend.

Other displays included models, Geoffrey de Havilland’s flying licences, the Certificate of Airworthiness issued for the Comet jet airliner, personal correspondence from the royal family, an original DH9A parts list and so on.

One of the items which proved to be of great interest was a model of the winning DH88 Comet Racer surrounded by a number of maps. These were the original route maps printed by the Automobile Association and the Royal Aero Club for the use of competitors. The first map was entitled Mildenhall to Baghdad; four maps got you to Melbourne.

Those in the cabinet were the ones used by Scott and Campbell-Black during the race. The final Map ‘Hay to Melbourne’ had a pencil inscription on the back that had clearly been passed between the two cockpits saying ‘If the engines last another 3/4 hour, we’re home’.

The exhibit was busy throughout and seemed to be very well received by a very knowledgeable public.

The event itself was affected by a strong crosswind which limited the attendance of some of the earlier and rarer aircraft. Nevertheless, there were a number of highlights from my perspective. Firstly, the DH Moth Club had approved in advance my access airside for photography on both Saturday and Sunday. Other highlights included a flying display by a DH84 Dragon and a newly restored DH89 Dragon Rapide. Two German-registered Focke Wulf Steiglitz attended as visitors, this being the first time I had seen one flying, rather than in a museum.

Finally, there was a chance to see a very spirited display by the newly-built Mew Gull G-HEKL. I missed the Battle of Britain Memorial flight augmented by the second flying Lancaster from Canada, due to the need to leave early for the long drive home. This combination is due to appear, however at Henstridge on Saturday 23rd, so all being well there will be a chance to see them then.

In terms of attendance, there were 2 Gipsy Moths, a Puss Moth, numerous Tiger Moths, a Fox Moth, a Dragon, 2 Leopard Moths, no less than 10 of the 12 currently active Hornet Moths celebrating their 80th anniversary,

a Dragon Rapide and several Chipmunks.

The remainder of this post runs through a sequence of my better photographs from the event.