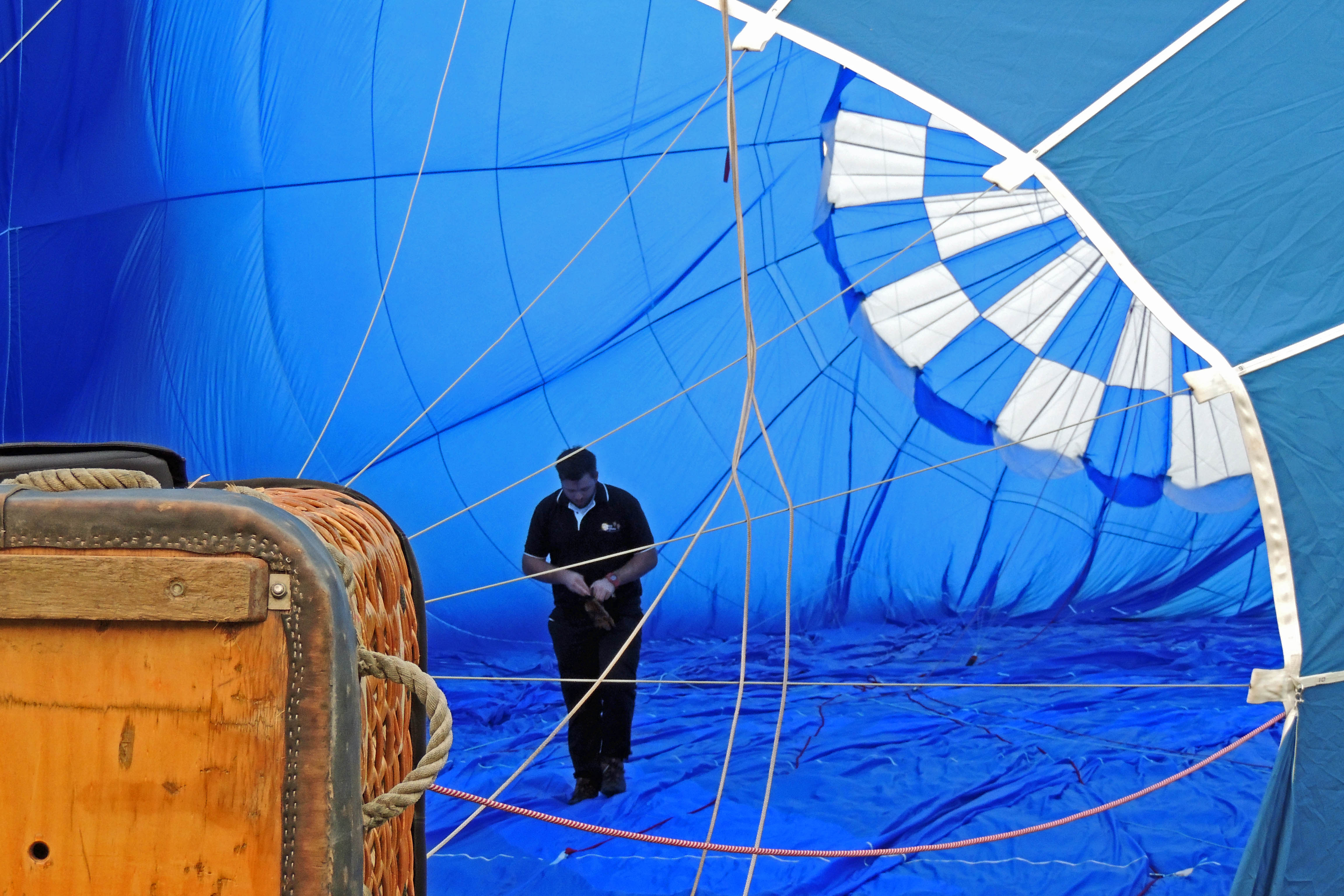 Kristine and I recently took a balloon ride with Balloons Aloft, Canberra. This was a great flight, and provides an opportunity to showcase Canberra’s lake, major landmarks and arboretum, as well as to celebrate this very different form of flight.

The flight required an early start, with a phone call to check the weather was OK and confirm the flight at 04:30 (!), followed by a rendezvous at the Hyatt Hotel, where essential paperwork was completed, and the party divided between the two commercial balloons flying that morning. Our balloon was the smaller of the two, carrying the pilot and eight passengers, while the larger black balloon carried a pilot and twelve passengers.

Once arranged into our groups we hopped into the vehicles and headed out to our launch point. On this occasion, this was at the eastern end of Lake Burley Griffin, near Kingston foreshore and the Jerrabomberra wetlands.

At the launch point, we were joined by another smaller balloon, this one owned by a private pilot, who apparently often flies in company with the commercial balloon flights. The balloon launch process starts with unrolling the balloons out into a long line aligned broadly downwind. The balloon is attached to the basket, lying on its side at this stage, and then a powerful fan is used to start inflating the balloon by filling it with cold air. Only after the balloon is significantly inflated does the pilot start using the gas burners to both inflate and warm the balloon.

As soon as the balloon becomes buoyant enough to raise the basket to the upright position, all the passengers hop in, while the pilot continues heating the air in the envelope, and coordinating the eventual take off of the three balloons with air traffic control at the nearby airport. This is particularly important since the geography of Canberra means that almost the whole of our flight, and indeed most balloon flights over Canberra, takes place in controlled airspace.

Once airborne, our flight drifted at low level initially, but then climbed above a thin layer of cloud as we floated gently westward at 5 to 8 knots. Our flight passed right down the length of Lake Burley Griffin, and continued westward over the Arboretum, landing on a farm property just west of this.

Once landed, we helped pack the balloon back into its trailer, and then squeezed back into the Land Cruiser for bubbles back at the Hyatt.

The gallery tells the story of the flight – there are a fair number of photos, but this is a great way to get a feel for Canberra. All in all, this was a great experience, aided by our excellent, enthusiastic and informative pilot, Dan.