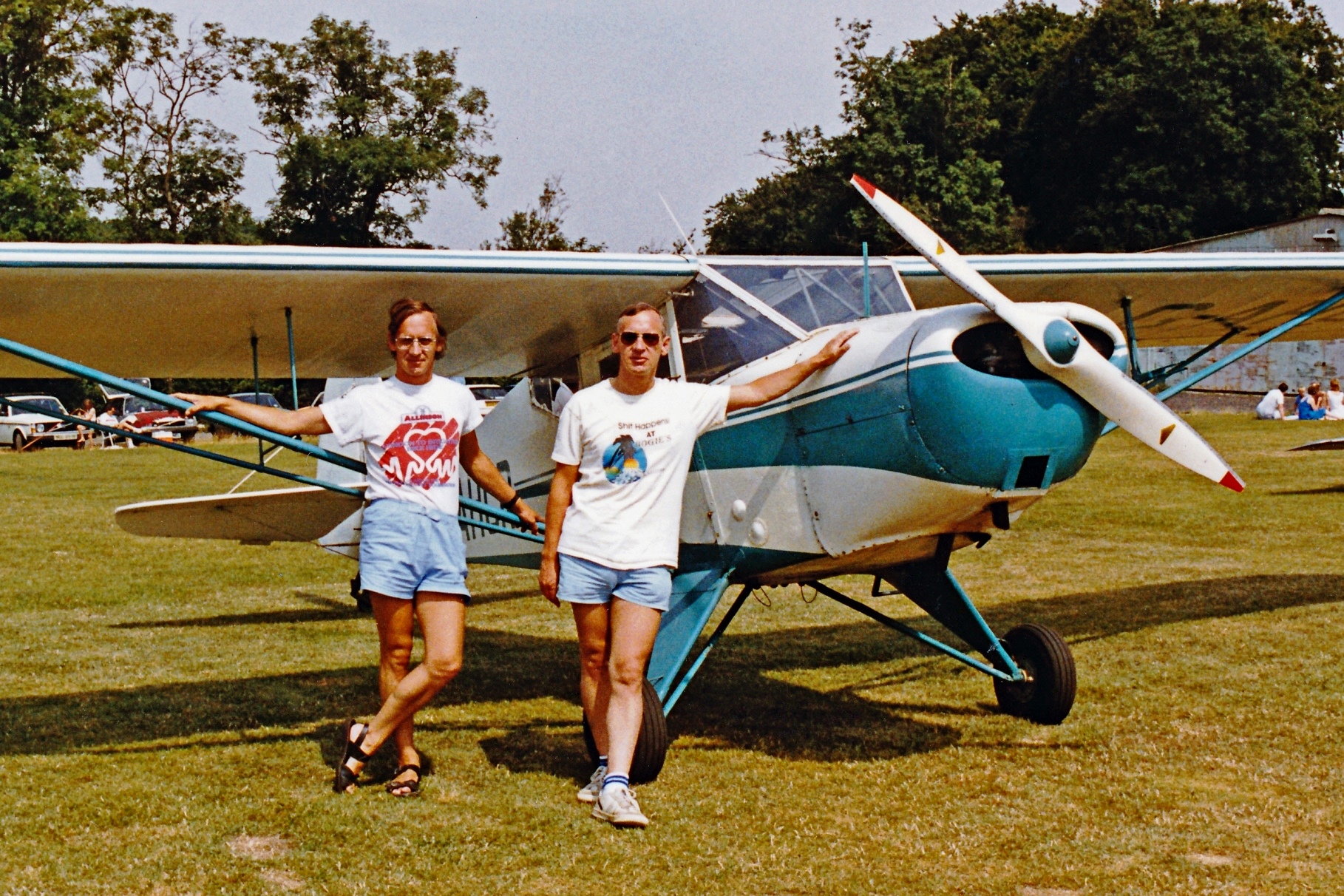 Some 25 years ago, shortly before Jim took up his post in the British Embassy in Washington, DC, he invited us up for a picnic at Popham. Hilary and I flew up in David Balmford’s 1942 Gould Taylorcraft Plus D Special G-AHCR from Dunkeswell in Devon. I was working for David at the time and his aircraft and mine were covered by the same insurance policy – I could fly his and he could fly mine.

G-AHCR was built for the British Army as an Auster 1 and after the War, was retained by the manufacturer and used for engine testing. It’s designation as a Taylorcraft Plus D Special reflects the fact that it was stood on its nose in the 1960s, after which it was fitted with a horizontally opposed Continental C-90, replacing the damaged Cirrus Minor inverted in-line engine, with which it had been built.

My logbook indicates that this flight took place on 5th August 1989. This was a pretty hot day and it is amusing to note that Jim and I turned up similarly dressed in a slightly disreputable combination of tee-shirt and shorts.

This photograph was commonly referred to (at least in our household) as the ‘Gruesome Twosome’.

Time flies, as they say …